Secure your spot and get started today with our EXCLUSIVE offer!

By opting into the web form above you are providing consent for Prism Martial Arts to send you periodic text messages. Standard rates may apply. You can reply HELP at anytime or learn more. You may opt-out anytime by replying STOP.
Michaelia Mynatt
via Google

Coaches Schee and Miller are professional, extremely knowledgeable, and very patient instructors. My 3 children (aged 11 through adult) adore them and love going to class every week! You will not find a better karate school in the Northland. We looked at several and couldn't find another one that was as disciplined and organized while still fostering a personal relationship with their students. Prism is truly one of a kind!

An excellent school with skilled, compassionate instructors. They are great with kids as well as adults, regardless of fitness level. If you're looking for martial arts lessons in Kansas City, you should definitely head to Prism Martial Arts.

Masters Schee and Miller are absolutely fabulous with the kids. Our 5 year old loves his time there and they do an excellent job encouraging the kids while still keeping them accountable for controlling themselves. Excellent balance!

My daughter just started taking lessons a few weeks ago and loves it! Mr. Schee & Ms. Miller are awesome!

We absolutely adore this martial arts studio and the community it fosters. Our family has been training with Prism (previously part of AKKA) since 2016. From the beginning, Coach Miller and Coach Schee have been friendly, supportive, and outright encouraging. We have and would continue to recommend them to our friends, family, and anyone looking into self defense or a safe welcoming place to learn discipline, courage, and respect. They have gone above and beyond to accommodate changing climates, adapt to personal student health challenges, and continue to support their community in open and inclusive manner. I am so proud to have my children training here.

This is a fantastic school with very knowledgeable and professional instructors. Class schedules are flexible and the instruction very organized. It’s a safe environment to train and fellow students are supportive of each other. Very happy with my experience here.

My kids and I both joined last summer. We have made friends and found a great community at Prism Martial Arts. It's rewarding to learn and grow, and the instructors and students are all great people!

We found this school a few years ago and thought it would be good for my (at the time) kindergartner to try in between swimming and soccer. Bored with the gym, treadmill, and video fitness trainers that I always ended up burning out on, I signed up shortly afterwards and have never looked back! Now my son and I are working up through the ranks together. The instructors are friendly and knowledgeable, and the camaraderie with my fellow students is rewarding. The skill developed here can be useful in everyday life, and last a lifetime. 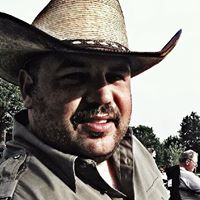 Prism Martial Arts is a wonderful place to take your children to learn Karate. The Children learn the motto of Honesty, Courtesy, Respect and Discipline on a daily basis. The instructors make the class fun and at a pace that keeps the kids interested and engaged for the entire class. If you are are looking for a way to teach your children core values and exercise at the same time, I couldn't recommend this school more. The Instructors are top notch and very responsive to your individual needs. If your thinking about joining, go for it! 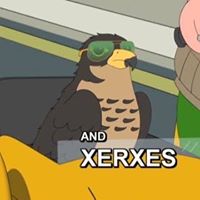 This place is quickly becoming a second home. Loved it for my son so much that I have joined as well. The staff feels like family (the type you actually look forward to seeing). Only regret is not finding it sooner, but making up for lost time. Try their studio. You will not regret it.

Very well run! Class sizes are not too large and the instructors are amazing at what they do. They are able to really work with the kids and the kids learn new things every week. My child is learning way more than just karate. They teach respect, discipline, confidence, focus, and even how to deal with bullies. Could not be happier!

This place was a God send for our family! It's more than karate and they really teach you to grow personally and physically! It's perfect to do as a family and their class schedules make it possible to attend with lots of variety. My son has asthma but never has an issue kicking butt and showing respect!

AKKA is an outstanding martial arts school that teaching more than how to kick and punch. Their system embodies the spirit of martials arts and helps you train both your body and mind for better self discipline. The instructors are wonderful people who care about their students both on and off the training deck. This is a great place for all ages and you will find yourself leaving a better person than you were when you arrived.

We have two very different boys and they both love going to karate at Prism! The instructors are so knowledgeable and patient. They take it very seriously and still have a lot of fun. There is a comfortable place to wait while the kids have their lessons. A lot of parents and adults train too though. We are so glad that we found this place!!

Request information today to learn more about our programs! Get Started Now

What Do Belts Mean? 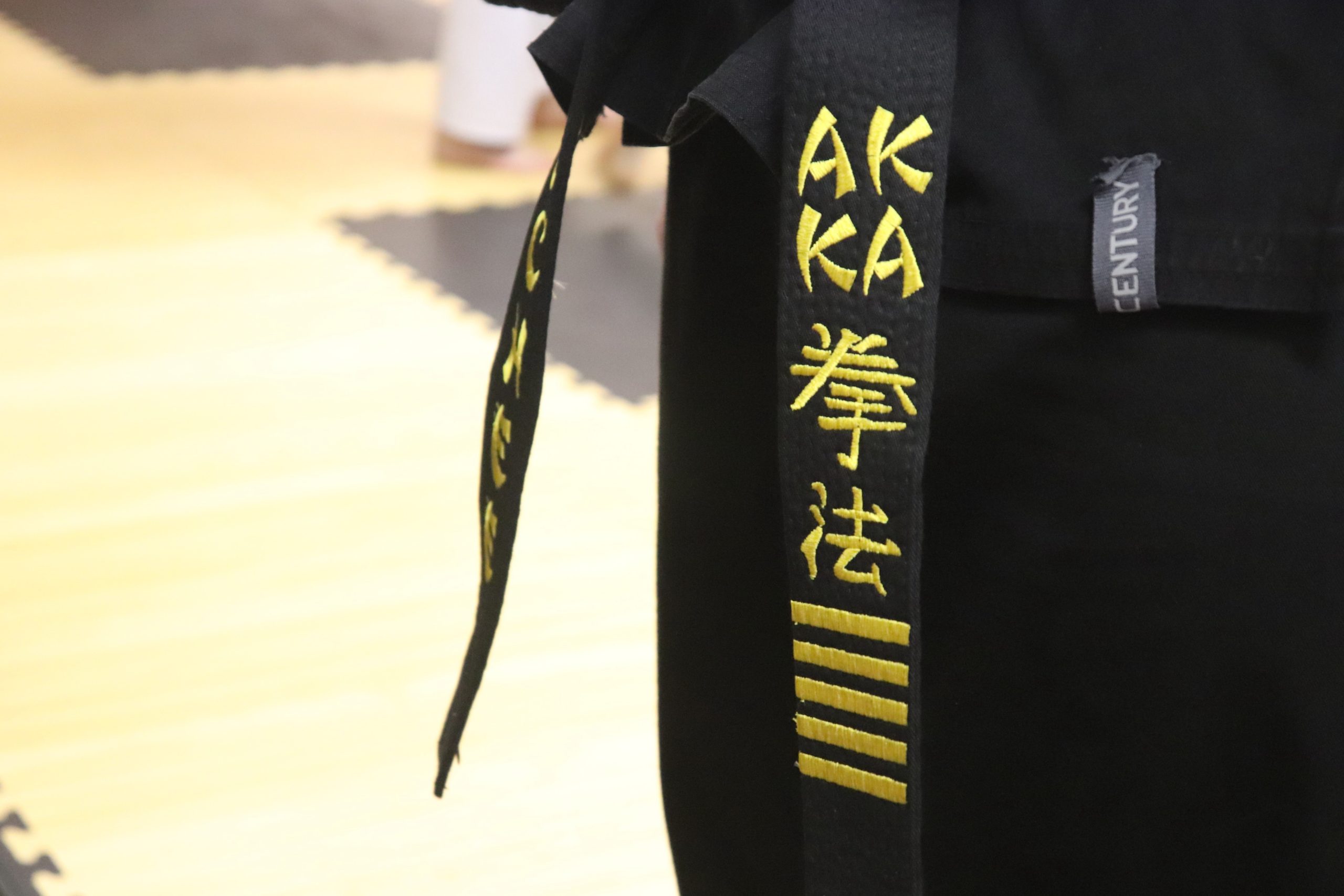 We often hear people talk about their belts or the belt rank system as though the belts aren’t an important part of their training and personal growth in the martial arts.

“I am not interested in belts or ranks…I just want to train.”

“Belts are just there to keep your gi together.”

You can probably add a few of your own to this list if you have been in the martial arts for a while and heard people talk like this.

While there may be some truth hidden in these sentiments what is going on behind these thoughts is this, you want one too!

There is nothing wrong with admitting this, in fact it can be very helpful to know what your goal is, setting easily visible and attainable goals is a very important part of goal setting!

When I started in the martials arts often what kept me going was the fact that I wanted to be a Black Belt or I wanted my next rank of Black Belt.

But it is true, belts have no meaning until there is meaning put into them!

The picture above is of my latest rank of 5th degree black that I just earned, this belt as an item does not hold a lot of importance, what does matter about that belt is what it represents to me personally. It took me 18 years of my life to earn that belt, having started martial arts when I was 9 years old I have now been in martial arts twice the amount of time I haven’t. The martials arts have seen me through a lot of changes in my life while always being a constant. So when I look at thatbelt or tie it on to teach class or train I feel all of the growth I have gone through in the last 18 years of my life.

To some belts might not be an important aspect of martial arts, but in our school we teach an educational system that requires rank advancement. Rank is a marker for both the teacher and the student to measure progress, hmmmmmm, sounds like grades in a School, that is EXACTLY what it is. It is what makes traditional martial arts unique.

Each rank is a milestone along the journey of the martial artist and each one carries with it the struggles and triumphs it took to achieve that level. We have seen kids and adults struggle to get their Gold Belt and be so pumped when they achieve it! Even that first belt represents something. Some of the stories we have witnessed along the way are incredible. The belt is more than a representation of where a student is with the curriculum. It is a representation of what is inside of them. Any student, who has ever achieved the rank of Black Belt, was already one in the inside; regardless of what color belt was around their waist.

The outside reflects the inside.

“I am not interested in belts, they don’t mean anything, they are just to keep your gi together.”

I wonder if someone who thinks like this has ever achieved the rank of Black Belt.

If not, then how do you know belts don’t mean anything?

If so, are you telling me your belt means nothing? I truly hope not.